Areas and Localities in Haridwar

Considered among the holiest of cities Haridwar also has a sizeable resident local population residing in various areas. Besides the local people, there are an almost equal number of visitors, yatris or pilgrims and tourists who visit Haridwar every day. Some stay for a day or two while some others stay on a little longer. Many a family visits Haridwar for its tremendous attraction as a seat of meditation and spirituality. Some of the prominent localities and their significant features are enumerated namely as Haridwar proper, Shivalik Nagar, Kankhal, Salempur Mahadod, Kangra and so on. Among these Haridwar proper has become very congested and there is little recourse but shifted to the suburbs. 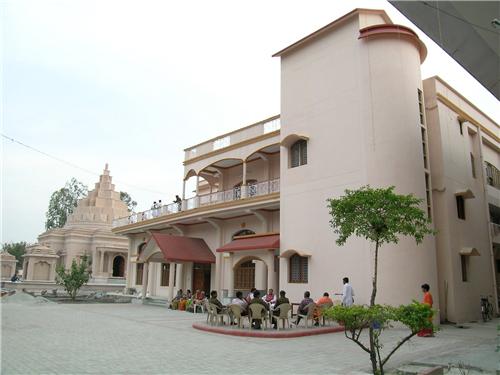 This is the most modern and posh locality of the district as it is linked with the prestigious BHCL project. Basically seen as an employee’s colony, it has grown by leaps and bounds to help accommodate the steady inflow of tourists in the region. It is a scenic, environmentally balanced and natural resources rich locality.

One of the earlier settlements of the region. Kankhal bears great religious significance because the last mortal remains of Hindus are consecrated to the waters of the holy Ganga River. This area is also renowned for the famous Daksheswara Mahadev Temple which was built in 1810 and later on reconstructed in 1962. The temple is dedicated to Lord Shiva and commemorates the violent incident when Sati who was the consort of Lord Shiva and the daughter of King Daksh married Lord Shiva. The King, however, disapproved of Lord Shiva and does not invite him to a family gathering. Feeling insulted Sati immolated herself in the sacrificial fire. In retaliation Lord Shiva picked up the burning body of Sati and moved away in rage while his minions wreck havoc in the court of Daksh even beheading him. Later Daksh was given a goat head.

Kankhal also boosts of a few significant sights like the Sati Kund or the site where Sati had immolated herself in the sacrificial fire. The Ramakrishna Mission Sevashrama is also situated at Kankhal. This 150-bed charitable hospital is a multi-specialty facility with dedicated staff and the best of staff and spiritual leaders to keep them going. The Anandmayi Ma Ashram also finds a niche in Kankhal. The Abheda Ganga Maya Ashram is located in the vicinity of Kankhal as well.

The third Sikh Guru had visited this site several times during his life time. This gurudwara stands testimony to this holy event and is visited by several pilgrims in the year.

This is locality situated west of Haridwar. It is a new settlement that is fast becoming popular.

Rajaji National Park is a natural reserve spread over 820 kilometers2 at three cities of Uttrakhand: Haridwar, Pauri Garhwal and Dehradun. The Park was named after the eminent freedom fighter Shri C. Rajagopalchari as also the first recipients of the prestigious Bharat Ratna in 1954.

This is the head quarters of the all world Gayatri Parivar (AWGP). Besides these there are a member of ghats, areas of scenic beauty and accommodation in and around Haridwar city itself. The localities areas around Haridwar are growing steadily.