The Sati Kund is located at Kankhal in Haridwar. It is the Yagna Kund or sacrificial fire in which Sati, the daughter of Daksh had self-immolated herself due to her annoyance with her father’s non-acceptance of her husband.

A visit to Haridwar necessitates a visit to the Sati Kund area to understand the intensity of relations the Hindu pantheon has within itself as well as the all powerful trinity of Bramha, Vishnu and Mahesh. The Sati Kund is located on the banks of the Ganga at Kankhal which finds mention in the great Indian epic, Mahabharata. 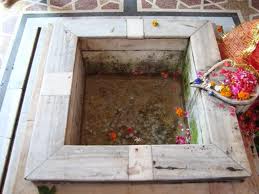 Significance of Sati Kund in Haridwar

Sati was the daughter of king Daksh Prajapati who was a worshipper of Vishnu. Yet his youngest and most beloved daughter, Sati, fells in love with and finally gets married to his arch rival, Lord Shiva. Sati is made to believe that her father has approved of her marriage but finds later on that this was not so. Daksh organized a yajna or great sacrifice and invited all his relatives and friends but omit inviting Lord Shiva.

Sati was angered at her fathers’ irrational behavior and jumped in the ‘Havan Kund’ sacrificing her life. This gesture of Sati angered Shiva who took up her burning body on his shoulder and did the tandava – the terrible cosmic dance of destruction. While he was dancing, pieces of Sati’s anatomy fell at various places. These were designated as ‘Shakti Peeth’. However, the name of the place apart the site itself is picturesque and very appealing to tourists.

Other Significant Facts about Sati Kund in Haridwar

Kankhal had been visited by the first Sikh Guru, Guru Nanak ji in 1504. This is where the incident is recorded about Guru Nanak where he tried to water his fields in Punjab. He was trying to prove a point that following rituals meaninglessly was not going to help the devotee develop deep spiritual ties. The devotee realized his folly and Guru Nanak’s praises were sung all over Haridwar.

The Daksheswara Mahadev Temple is also situated near the Sati Kund. Legend has it that in the holocaust that ensued after Sati's death the minions of Lord Shiva chopped off the head of Daksh Prajapati. Later, they relented and fixed the head of a goat on his neck. The Dakshneswara Temple commemorates this event.

Located at Kankhal, the Sati Kund pool located at the Kankhal ghat. It is believed that ladies who take a dip in the waters here ensure the long lives of their husbands. The Sati Kund adds further to the history and beauty of one of the most busiest pilgrim locations of Haridwar.

Here are the details of the accommodation near Sati Kund in Haridwar.