One of the holy shrines of Haridwar includes Sri Anandamayi Ma Ashram. Built before 1950, this beautiful and peaceful ashram is located at a distance of 6 kilometres from Haridwar in the mythologial town of Kankhal. It is situated near the Daksha Mahadev Temple. 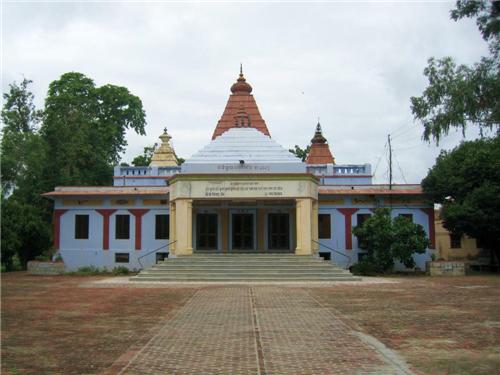 This ashram was named after a well-known spiritual personality named Ma Anandamayi. She was a regular pilgrim at this ashram and stayed there for months. She was a Bengali mystic and was well-known for her yogic powers. She had travelled a lot all around the world spreading her spiritual beliefs among the mass. Born on 30th April 1896 and died on 27 August 1982, a Samadhi was made to bury the immortal remains of the 86-year-old blissful mother. The samadhi was built in white marble with an enclosed crypt that is strong, refined and plain.

For those who believe in spiritualism, Ma Anandamayi Ashram is a centre of devotion and belief in the sacredness of the spiritual world. Travellers from all over the globe visit this place to pay homage to this spiritual personality who via her mystic and yogic powers was famous for spreading her principles and believed in peace. There are many buildings in this complex that adds to the holiness and beauty of the ashram. People can pay a visit to the Rudraksha Tree, Ati Rudra Yagnashala, Gayatri Yagnashala, Annapurnasthal, Shankaracharya Hall, Ma Anandamayi Vidyapeeth and Ma Anandamayi Museum. The significance of Ati Rudra Yagnashala is that it is the place where the Ati Rudra Maha Yagna was performed in 1981 where many religious saints participated. An Akhand Diya is always lightened offering a peaceful and divine feeling.

Another thing you can witness near the ashram is the chanting area. Here you can see many religious saints and even the pilgrims chant the mystic mantras and teachings of Ma Anandamayi. There is also a book store nearby from where you can purchase a wide selection of the pictures of Ma Anandamayi. There is also a Maha Yagna Centre with 26 separate fire pits. It was believed that Ma before her death had organized many ceremonies for world peace and other universal benefits.

How to Reach Ma Anandamayi Ashram

Ma Anandamayi Ashram located in Kankhal, 6 kilometres from Haridwar is well connectied via roads and rail. There are many taxis, buses and tongas running up and down daily. The Haridwar Railway Station is 3 kilometers away from the ashram and can be reached by cars, taxis, buses, etc.

Here is the list of hotels near Sri Anandamayi Ma Ashram in Haridwar.